A Panorama of Design

This article is part of our latest Design special report, about homes for multiple generations and new definitions of family. 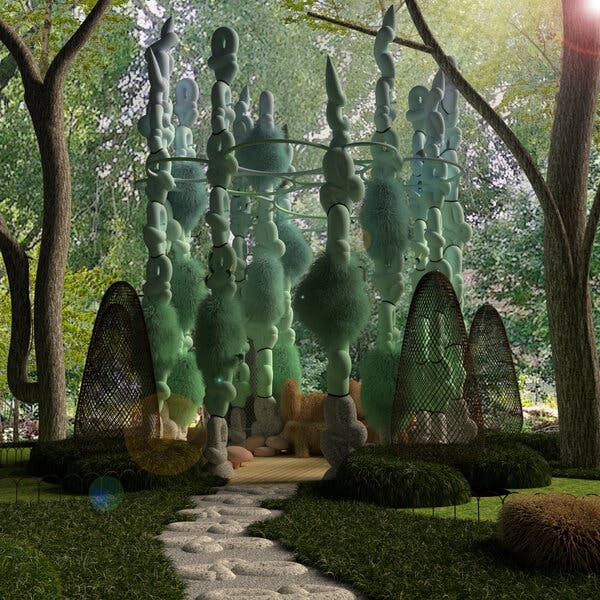 The fourth edition of the Chicago Architecture Biennial, from Sept. 17 through Dec. 18, focuses on the untapped potential of the urban landscape. Called “The Available City,” the show takes place largely in vacant lots around town.

“We’re thinking about the lots as collective space,” said David Brown, the biennial’s curator, who worked with community partners to develop the 18 projects.

One, “The Living Room” (a rendering is at left), capitalizes instead on an extant permaculture garden run by the Community Christian Alternative Academy, a high school that uses the space to teach students about growing food.

The Bittertang Farm, an architectural firm, designed a series of biomorphic totems in wood — if you squint, they might make you think of the natural undulations depicted by the artist Charles Burchfield, or a fanciful vision by Dr. Seuss. They form a plaza of sorts that includes several cagelike forms made of woven willow strands.

“We try to be playful in a formal sense,” said Antonio Torres, one of the firm’s founders, who is based in Chicago.

Michael Loverich, the firm’s other founder and its Seattle-based partner, said that touching the hardware was encouraged: “We want that interaction.”

Mr. Loverich noted that the wooden columns were full of nooks and crannies that would provide homes for plants, as well as canopies for birds and insects. “All these crevices are habitats,” he said. Given the community emphasis, the team also hired a local chainsaw carver to shape them.

Unlike many temporary biennial projects, “The Living Room” is intended to remain as a permanent enhancement after the show is over. As Mr. Torres put it, “This gives back to its immediate environment.” chicagoarchitecturebiennial.org 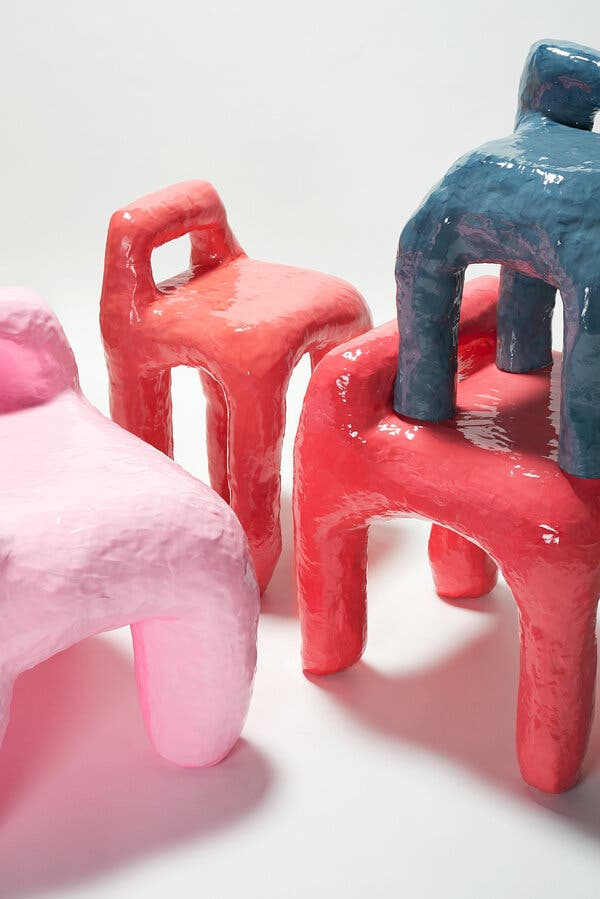 This September, during its Basel fair, Design Miami plans once again to bring together gallerists and collectors interested in celebrating — and purchasing — high-end global design, often at lofty prices. But ahead of the in-person Art Basel gathering in Switzerland, the company also aims to usher first-time collectors into the fold remotely.

On Sept. 5, Design Miami will offer DM/BX, a new online shop that will exist alongside the web marketplace the business established last year. While that web store currently lists some pieces for tens of thousands of dollars, DM/BX will feature a curated selection of handmade, small-batch or one-of-a-kind objects priced from $50 to $2,500.

Each year, the Design Miami fairs welcome around 70,000 people, but “there’s not something for everybody to buy, and there’s not a great representation of all the different segments of the design market,” said Jennifer Roberts, Design Miami’s chief executive. Through DM/BX, curious new consumers can purchase lower-priced work that may not make it to a fair — like a Diego Faivre stool ($810), above, or an upcycled woven lampshade from Álvaro Catalán de Ocón ($680); designmiami.com.

The Cantilever Chair Reintroduces Itself 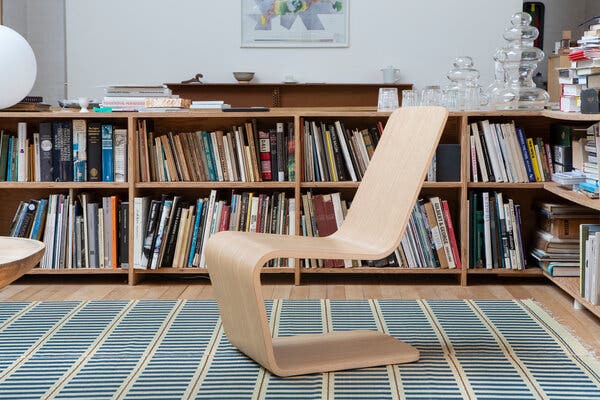 The cantilever chair has been reincarnated many times. It hit the Bauhaus fashioned out of cool leather and steel, thanks to Mart Stam; got a groovy ’60s revamp from Verner Panton; and still flourishes in Marcel Breuer’s Cesca design, which can be seen all over the dining rooms of Instagram.

On Sept. 18, at the London Design Festival, it will be reintroduced once again, this time by the London-based designer Jasper Morrison. Mr. Morrison, in collaboration with the British manufacturer Isokon Plus, has created the Iso-lounge, reimagining the archetypal cantilever design as one sleek line of plywood. The piece, offered in a light birch or oak finish, is $2,325.

“The design was loosely based on one which never got built, which appears on the company logo,” Mr. Morrison wrote in an email. “I’m very much in favor of looking back and refreshing what’s been done (or in this case not done) before.”

The Iso-lounge will be unveiled at an Isokon Plus installation at 14 Cavendish Square as part of the London festival, which unfolds across the city in various locations. Through Sept. 26; londondesignfestival.com.

A Lamp That Creates the Illusion of Fire 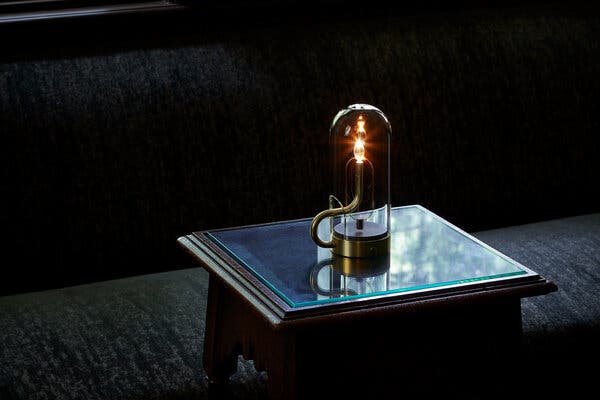 Hiroto Yoshizoe is hardly the first designer to gravitate to light, but he is extraordinary in creating an illusion of fire with an acrylic teardrop and a few LEDs. His new lamp, Hymn, to be introduced at the Milan Furniture Fair on Sept. 5, is inspired by an old-fashioned candlestick in a dish. Swaying on a wire loop within a glass globe, the teardrop-shaped element refracts light, which shoots up through a sinuous metal tube and flickers like a dancing candle flame no draft can snuff out.

“The original inspiration comes from my experience at a cathedral in Florence, Italy, where I was moved by the beauty of the candle lights that illuminated the space,” Mr. Yoshizoe wrote in an email from Tokyo. He compared the mood created by fluttering flames to the tremolo of a voice singing in a church choir.

Hymn, produced by the Japanese company Ambientec, burns steadily for about three hours before its lithium-ion battery needs recharging. The lamp is about seven inches high and comes in an anodized aluminum finish in black (for about $335) or gold (for about $362); ambientec.co.jp.

Read this article on nytimes.com.
Back to Village Potter Bodega