She has two 8-month-old girls, Anita and Lea, and when they proposed her to become the curator of Design Miami in December, she lived with them in the countryside between Rimini and San Marino, in the Romagna hinterland. «The project was beautiful, you certainly couldn't say no», Maria Cristina Didero tells us. "Also because this year, the usual stages of the event are added to Paris, which will be inaugurated next October".

Design Miami Basel, which for the first time has an Italian curatorial director, will take place in Basel in Switzerland from 14 to 19 June and will show, as always , the most historic design dedicated to collectors. «This year's theme, The Golden Age (very similar, among other things, to that of the Met Gala 2022 , ed) ", Didero tells us," recalls a sort of Eden in which industry, art, culture and innovation work in unison to improve the world. By choosing it, we wanted to give an impulse of optimism to the event, a responsible optimism however, which arises from the awareness that we cannot continue to destroy the planet as we have done so far. Like every other sector, design is called upon to reduce the pollution rates of its production ».

After the digital edition of 2021, the online experience is back but without forgetting the online experience with a rich programming shared also on the site to offer a much wider audience the opportunity to see and possibly buy the collectibles. More than 30 international galleries and designers will take part in this edition. «And this time I wanted to ask them for pieces that would interpret the theme of the edition, to choose with them those that, due to their manufacturing and ingenuity, could be an answer to the problem of innovation and sustainability. The quality of the exhibitions will be truly excellent ». 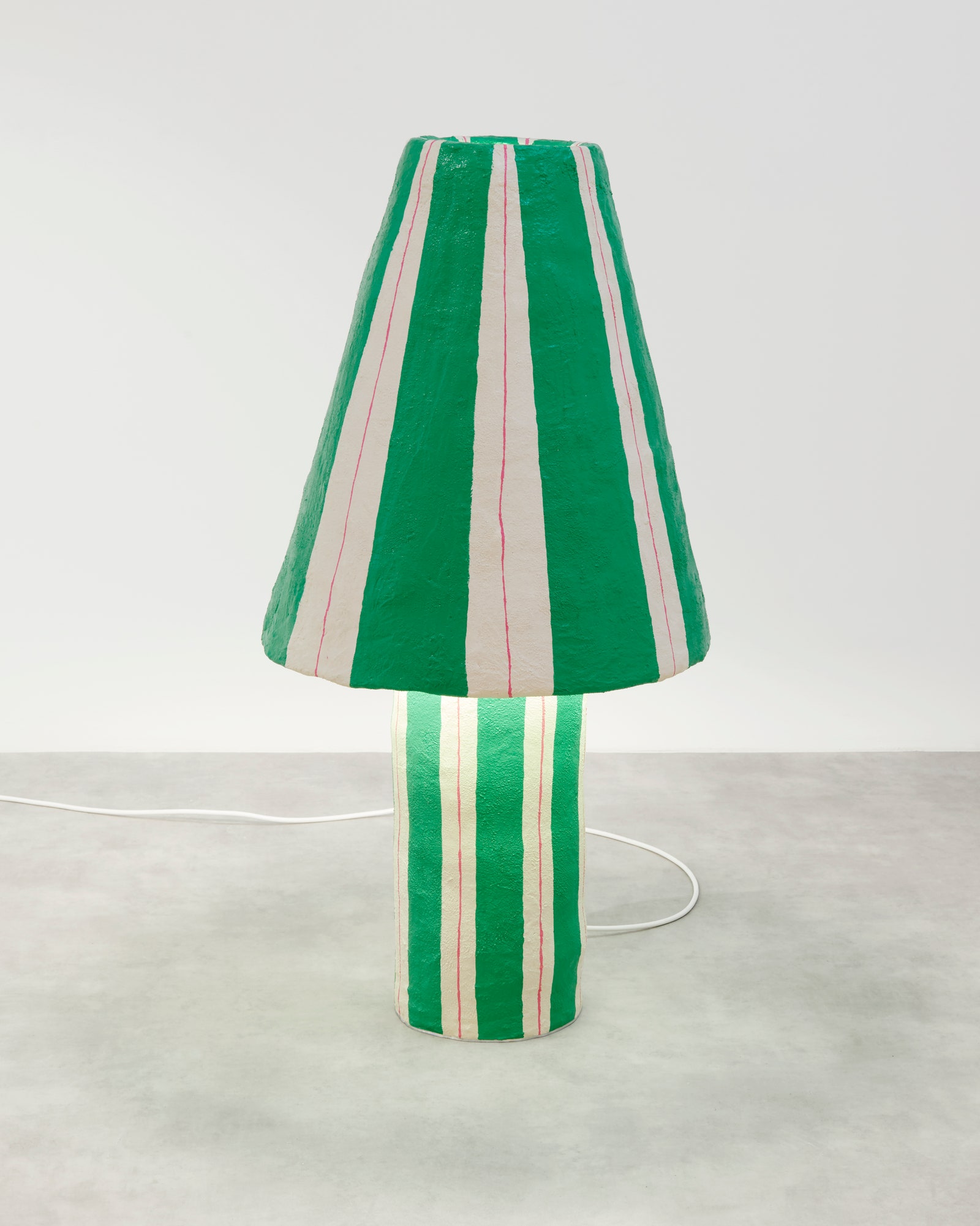 There will be a strong presence of galleries known for historical and contemporary design, including Carpenters Workshop Gallery, Pierre Marie Giraud and Thomsen Gallery. Dimoregallery will also return this year with a collection of iconic mid-century Italian works from the gallery's archive in a museum-like exhibition that will include projects by Gio Ponti and Claudio Salocchi, among others. Dutch gallery Morentz will celebrate the masters of design with a stand set up as if it were the home of a 21st century collector. But there will also be new protagonists, such as the Galerie Negropontes in Paris which will debut with new works by designers including Gianluca Pacchioni and Erwan Boulloud.
Charles X, 2019 by Stefano Trapani Courtesy of Stefano Trapani
«A format that I particularly care about», Didero tells us, «is the exhibition concept (for the first time in Basel) called Podium. It is an exhibition / sale with single works of museum quality, real jewels made by designers, in line with the curatorial theme of the year, which in Basel will explore a historical perspective with the title The Golden Age: Rooted in the Past. There will be an exceptional range of historical and contemporary designers with their finest creations including Shiro Kuramata's How High is the Moon two-seater armchair, presented by Friedman Benda Gallery which reinterprets traditional upholstered sofas, visually fragile but sturdy at the touch. There will also be a poetic series of Sakura TRP vases by Dutch Maarten Vrolijk, presented by Galerie Scène Ouverte, which pushes the boundaries of traditional glassblowing and creates a new three-dimensional artistic language. Also part of the exhibition are the mystical and precious jewels of Daniel Kruger, exhibited by the Antonella Villanova Gallery. And the exceptional bunk beds by Carlo Mollino from 1955, proposed by the Galleria Rossella Colombari ».
Espace Sonirique, 2018 by Matali Crasset at Galerie MICA x LAB
The Curio program, on the other hand, continues this year with 17 presentations that explore the boundaries of design and highlight new interpretations of traditional ideas. With many exhibitors joining Design Miami in Basel for the first time, Curio offers a unique perspective on contemporary and historical design, with works from around the world, including the new work by Ukrainian designer Victoria Yakusha, a moving exhibition of the French designer Maria Piselli who explores the current state of the world, works by Philippe Starck that draw on nature.
"And finally, I add the work of Lanzavecchia + Wai", concludes Didero. «The designers - starting from an alarming study that shows how we ingest a quantity of plastic equivalent to a credit card every week - proposes a series of glass objects containing the poisons coming from tire waste.
Veleni, 2022 by Lanzavecchia + Wai da Particle courtesy of Particle and Lanzavecchia + Wai
A provocative work that makes you think: even during the toughest struggles, as a society we should always focus and strive to be better. We must remember that challenges have always pushed humanity forward. Human beings have found answers to the world's most pressing questions, often at times when the very roots of our life are challenged by external forces, over which we seem to have no control. In June, we will question these ideas, exploring how humanity's perseverance, flexibility, resilience and adaptability have led us to innovation and hope. We have to continue this now more than ever. "
Small Quartz Low Table Set, 2019 by Juan & Paloma Garrido at Damian Garrido Orfebre
Back to Village Potter Bodega